My trip to the rotorua museum 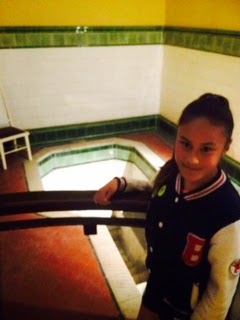 Wow  what a great day at the rotorua museum where I got to see all kinds of places and history, like art galleries, Maori history and I went to the cinemas in the museum to see what it was like in 1886.It was really fun exploring all the fun things a facts about the first world war, Maori tribes and volcano eruptions.My favourite thing about the museum is that in 1886 there was a huge volcano eruption it was awesome to see  the huge eruption but tragic to see the people who were dearly loved and had died.

My parents and I went from door to door looking at the old baths that were in the rooms.In each bathroom  the baths were quite dirty and had a hole in it.The only reason why is because it happened when the bath house was shut down.I actually liked that the baths were dirty and they had holes because it just has that feeling from when it actually happened and that was pretty cool.The baths were used for healing ill people and sometimes filled with mud.In one of the videos that I saw at the museum a man had filled a bath tub with mud a another man was in it.The man in the bath tub was healing in the mud while  the man that had filled the bath tub was standing there with a clip bored and was writing a few things down.It was almost like he was experimenting on the man in the bath tub. 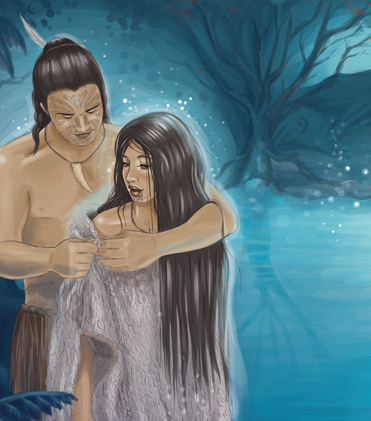 The next room my parents and I went was the Maori history room.That is where I watched a short movie about Hinemoa and Tutanekai. The movie was spectacular,it was all about how their love was forbidden and Tutanekai was a mistaken child from god but he was a gifted child who worked hard but had moved away.When Tutanekai and some other men who were getting ready to leave that is when Hinemoa fell in love with Tutanekai and that is also when Tutanekai fell in love with Hinemoa but he still had to go.After a couple of months  Hinemoa’s father the chef noticed that Hinemoa had fallen in love with Tutanekai but the chef wanted Hinemoa to marry someone else. 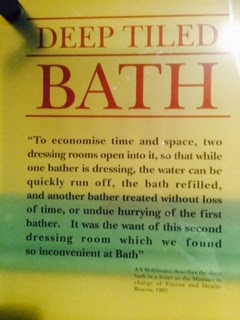 So what he had done was he had got his men to hide all the cones so Hinemoa can’t go to Tutanekai. But one night Hinemoa leafed and swam to Tutanekai.She stopped at a island were in the water she was resting,but someone had caught her and called one of the most strongest men,that was Tutanekai.Tutanekai reached into the water and tried to find Hinemoa but he did not know it was Hinemoa. Once he got her he pulled her out of the water and there she was.Tutanekai was more happy than ever to see hinemoa and hinemoa felt the same and that is the story on Hinemoa and Tutanekai.


Wow what a great story I absolutely loved it but as what we had to do is go so we went to visit the art gallery.That is when I saw the most beautiful kete, it was woven so beautifully and it looked amazing in it’s glass case.I loved it I just felt like taking it but the kete was locked in its glass case.Well that is all I did at the rotorua museum and I hoped you like my story about Hinemoa and Tutanekai also all the other things that I wrote about.Have you been to the rotorua museum?

Who is visiting this blog?